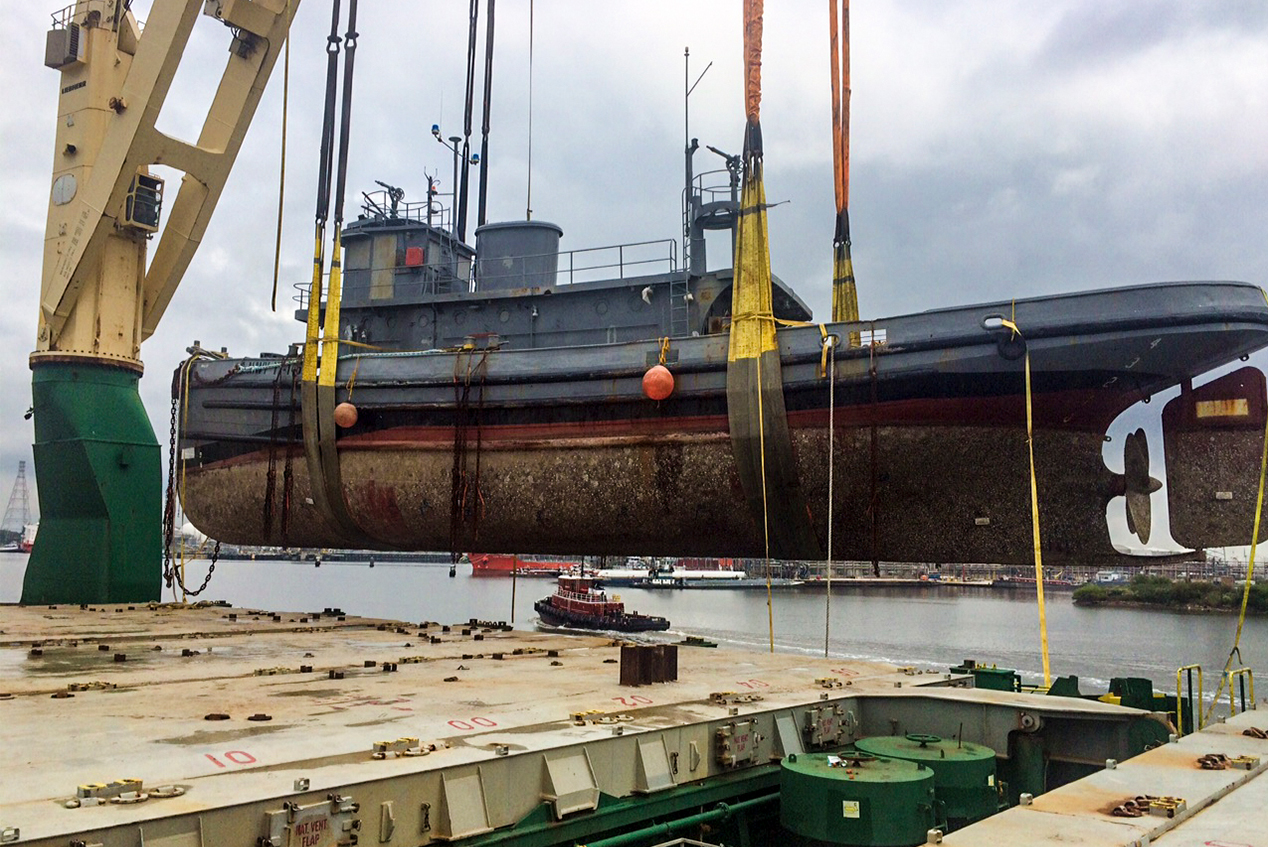 December 7 is National Pearl Harbor Remembrance day. In 2015, THORCO PRPOJECTS had the pleasure of transporting the historic U.S. Navy Tug boat, Hoga YT-146, which was on its way to North Little Rock for today’s Pearl Harbor anniversary observance at the Arkansas Inland Maritime Museum.

The Hoga fought battleship fires and saved lives during the attack on December 7, 1941, on Pearl Harbor. Above you see the Hoga being discharged from Thorco Isadora.