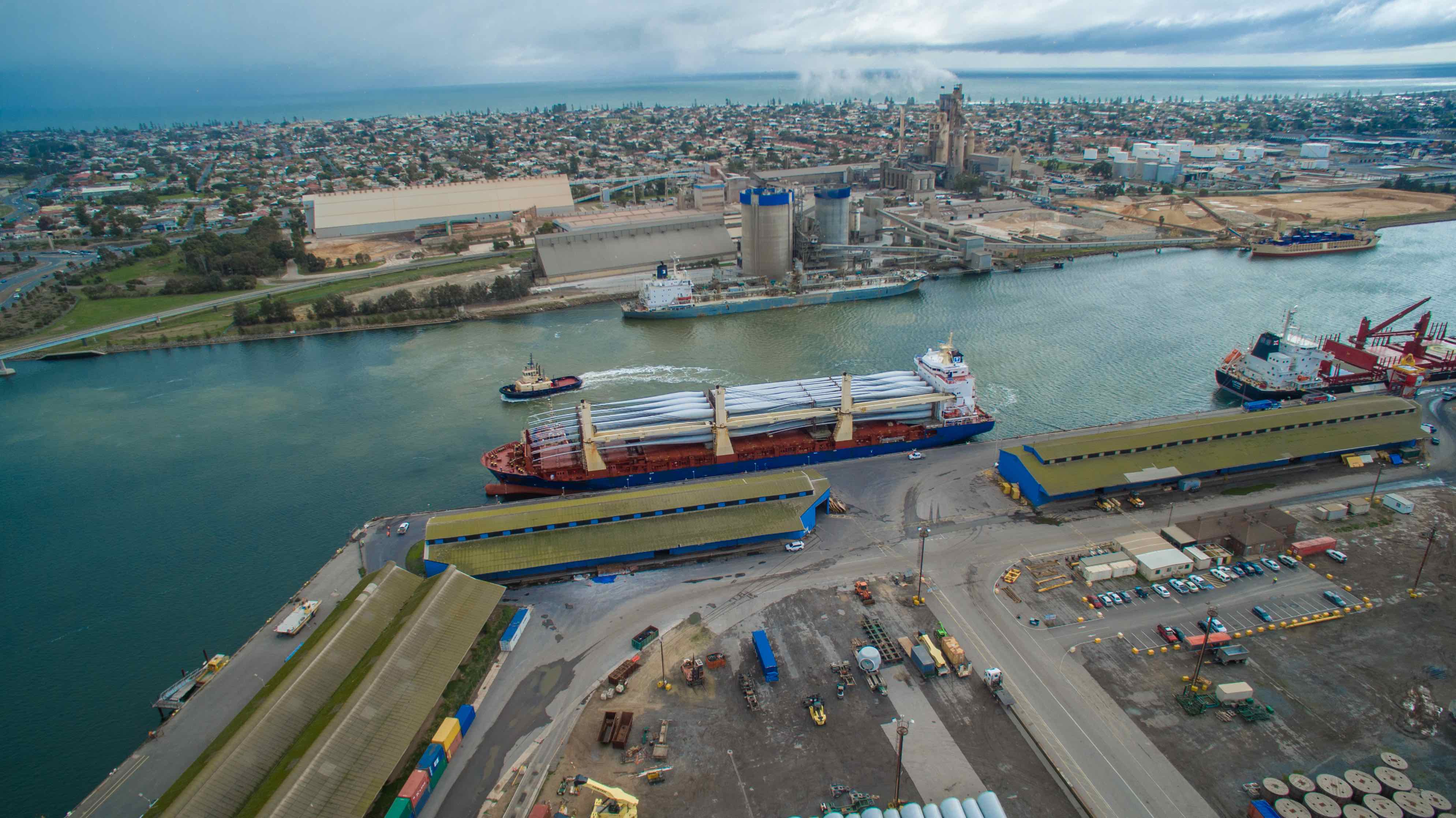 Thorco Ranger in Adelaide discharging windmills for the Hornsdale Wind Farm Project, which is a 270MW renewable electricity project. The project consists of up to 105 wind turbines located between 8km and 24km north of Jamestown in South Australia, in the locality of Hornsdale.

The aim of the project is to develop an environmentally and economically sound wind farm, providing renewable energy to be used locally and exported to the national grid. This will generate approximately 1,050,000 mega watt hours of clean, renewable electricity into the national power grid each year, thereby making a major contribution to Australia’s greenhouse gas reductions. Reductions will be equivalent to taking either 290,000 cars off the road or planting 1,900,000 trees, producing enough electricity to power approximately 180,000 homes with renewable energy.

We are proud to have contributed to this project.